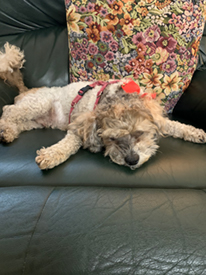 It’s not burn out. You have energy. Nor depression. You don’t feel hopeless. Somehow though, you feel somewhat joyless. Like a blob. The name for it? Languishing. And it seems to be the hallmark of 2021.

What’s wrong with me? Nothing.

How do I feel? Blah. Meh. Aimless. You know, not bad but just not good.

How does it appear? I’m just existing. No promise, purpose or delight.

I think I might have it, but I don’t get it. Think of it as the desert between flourishing and depression, generally known as not thriving.

Getting out of bed is a major task. Yup. Big job.

Is this a recent phenomenon? It’s as old as time.

Where did it come from? The grinding anxiety with no end associated with the pandemic, that left you way off being top of your game. No focus or concentration.

Oh, good. Now that I know, I can do something about it. Maybe tomorrow.

I was talking with a friend the other day, when she said she had no energy. That she had days of dirty dishes in the sink. Needed to vacuum and dust. Above all, wanted to get out and do yard work in the sunshine. Instead, for three days she had been in her nightgown, topped off by her bathrobe that had been chewed by a beloved dog and shrunk in the dryer.

As we talked, I checked for depression. Nope. I heard her distress, but not being down in the dumps. Absolute dissatisfaction described her condition. But no clear idea of how to get out of this sticky mire.

Brene Brown talks about the “messy middle” of challenges. That’s where many of us are right now. We made it through the beginning shock of the pandemic. The masks. The handwashing. The sanitizers. (My hands will never be the same.) Washing fruits and veggies two and three times.

But now? Waiting for the true end of the pandemic to come. To get back to life, such as it will be. To experience freedom and joy. And we’re so ready.

But how to shed something that feels like a soft cocoon of the mind? Ask yourself: what is the smallest possible step I could take to move toward my goal? Name that step. Then move.

In the case of my friend, she casually mentioned getting out of bed. Taking a shower. Brushing her teeth. Then washing one cooking pot. And she began to get excited. But as we talked, I reminded her she had already accomplished that first step. She got out of bed. Next would be the shower. Easily accomplished and achieved. When I called her a few hours later, she had just finished that one pot. And was ready to tackle the rest of the dishes.

Let’s talk about other antidotes.

The danger with languishing? You don’t even realize you’re slipping into the morass of “Meh. I don’t care.” Scan for that smallest possible step. And move. You won’t regret it.